The live concert, which saw them play a COVID pilot gig in Liverpool, now comes as part of a deluxe version of their Ribbon Around The Bomb album.

The 17-song album documents the Stockport five-piece's unrestricted gig, which took place in Liverpool on Sunday 2nd May, as part of a special COVID pilot event.

The album is available to stream now and comes as part of a deluxe version of their latest album Ribbon Around The Bomb.

On Sunday 2nd May 2021 it’d been 413 days since anyone had played a gig in the UK. That night we played a headline show at Sefton Park, Liverpool. You can now stream & download ‘Live At Sefton Park’ as part of a deluxe version of ‘Ribbon Around The Bomb’👉🏻https://t.co/VNsW70ByvO pic.twitter.com/KnvWRy4pvo

Radio X went down to the show, which saw 5000 fans crammed into Liverpool’s Sefton Park to take part in the Sefton Park Pilot - an official governmental trial to determine how large-scale events could operate moving forward.

Speaking ahead of the gig, frontman Tom Ogden said: "They’ve done it in a few other countries, and it’s to test trying to get live music back to normality. They’ve tried socially distanced gigs but they just don’t work the same. It’s not viable.”

“By June 21st it’s expected to go back to normal but I think everyone’s a bit apprehensive to like, just open the gigs back up. So this is to pilot it and see how it goes.”

Event organiser Melvin Benn told Radio X on Sunday: "It’s going to be a hell of a day and a hell of a night, but ultimately it’s about gathering data. And what a way to gather data than by watching Blossoms, The Lathums, and ZUZU?”

Watch our roundup of the gig here: 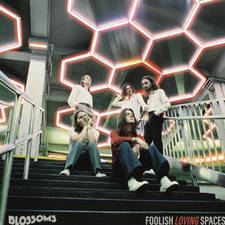