Pete Townshend reveals if The Who will be at Glastonbury 2020

The My Generation rocker told Radio X if they'd be making an appearance at the 50th anniversary of the Somerset Festival.

Pete Townshend has discussed if The Who will be playing Glastonbury 2020.

The legendary guitarist visited Radio X to talk about his new novel, The Age of Anxiety, and to answer some of The Who fans' most Googled questions, such as what is 'What is The Who's My Generation about?'

Asked whether himself and Roger Daltrey would be at the famous Somerset festival, the Baba O'Riley rocker simply replied, "No... I don't think so."

Townshend's revelation makes The Who the latest veteran act to possibly be ruled out of the 50th anniversary of the festival, after Emily Eavis previously said Led Zeppelin and Fleetwood Mac would not be on the bill.

So far only Diana Ross has been confirmed for Worthy Farm, where she'll play the Sunday Legends Tea Time slot on the Pyramid Stage.

READ MORE: When does the Glastonbury 2020 ticket resale take place?

Speaking about Liam Gallagher's support slot on The Who's recent North American dates, the My Generation rocker told Gordon Smart: "It was good. It was good. He was well behaved. He's got a new partner (Debbie Gwyther), who I think will soon be his wife, and she's a really good girl..."

He added: "He had both his sons at one point. They adore him but they're both Who fans, so that's nice. And he had a short set to do. I think he had maybe 30 minutes, so he went at it and our fans loved him. It was a good mix."

Find out more in our video:

Talking about Gallagher's latest album, Why Me? Why Not. the Baba O'Riley rocker mused: "It's interesting because the recordings that he's doing at the moment, I think they exhibit a subtlety and a magic that is not coming across on the stage [...] I'm looking forward to the new album 'cause I loved the last one".

"I like Noel's new albums as well," added the legendary rocker. "You know I think they're interesting because they're both doing very very different things in a way.

"You know, Noel's doing soundscapey stuff. It's all very rich and almost psychedelic.

"And [Liam's] trying to write songs, he's learning still with songs. It's a craft he's developing, you know. He was thrown into it. He didn't want to have to do it.

"But it just goes to show, I think anybody can write songs if they've got the patience." 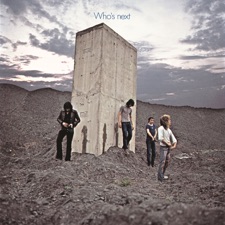 Won't Get Fooled Again
The Who
Download on iTunes

The Who's Pete Townshend: I used to be pansexual