See the triumphant band perform I Can’t Stand It and Charlemagne at London’s Eventim Apollo, Hammersmith.

Blossoms were one of the performers at the star-studded Global Awards, which took place in London on Thursday (7 March).

You can watch the band perform their hit I Can’t Stand It, along with the debut album classic Charlemagne, right here, live onstage at the Eventim Apollo, Hammersmith.

The Stockport band had a big night - not only did they perform but they also walked home with the award for Best Indie, beating off competition from Arctic Monkeys, Stereophonics, Jade Bird and Florence + The Machine.

Blossoms’ next stop is a a European tour with The Kooks, before they head back home to Stockport for a huge sold-out hometown show at Edgeley Park on 22 June.

Following that, the band will also play Parklife festival on 9 June and Community Festival on the 30th, before heading out on further festival dates.

The Global Awards 2019 with Very.co.uk took place at London’s Eventim Apollo Hammersmith this Thursday (7 March) and brought together all of Global’s radio stations, including Radio X, Capital, Capital XTRA, Heart, Classic FM, Smooth and LBC to celebrate the stars of music, news and entertainment.

Now in its second year, the prestigious ceremony saw Dua Lipa, Mark Ronson and Little Mix all doing the double. Dua Lipa took home the award for Best Female and Best British Artist, Little Mix won the Best Song with Metro gong for their Woman Like Me single and took home the prize for Best Group, while Mark Ronson was honoured with the Best Male and the Global Special Award.

This also year saw the awards ceremony give out the first ever Very Award to 19-year-old Blossoms fan Joshua Hill.

Global has created the brand-new award with Very.co.uk to celebrate someone who’s overcome a personal challenge. At the age of 5, Joshua was diagnosed with Leukaemia.

Despite that, he went on achieve his GCSEs and A-levels; he’s currently studying Fitness and Health at college and – 14 years on from his diagnosis, conquered three of Britain’s biggest mountains last year to raise money for Global’s Make Some Noise. 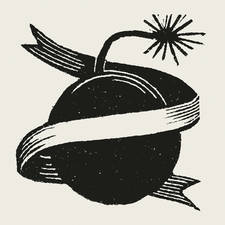