Watch the latest trailer for the Gavin and Stacey Christmas special, which features Elton John's festive classic, Step Into Christmas.

The full trailer for the Gavin and Stacey Christmas special has been released.

After sharing a sneak peek of the festive show last week, BBC One have now shared the full trailer for us to get our teeth sunk into.

The new clip starts with James Corden, who plays the much-loved Smithy, asking Gavin (Mathew Horne) if he can "step in" his house.

READ MORE - Larry Lamb on Gavin & Stacey Christmas special: People are not going to be disappointed

Watch the first sneak peak below:

Meanwhile, Larry Lamb has teased that fans will NOT be disappointed by the upcoming Christmas special.

Speaking to Lorraine, the 71-year-old actor - who plays Gavin's dad Mick Shipman in the series - has revealed that 25 December 2019 is going to be a "rocking" night for fans tuning in to watch.

Talking about the show, which will see a new episode air for the first time in 10 years, he teased: "There's millions of people out there who are not going to be disappointed. There are some scenes in that I tell you.

"It's going to be a rocking Christmas night."

So far, it has been revealed that Sheridan Smith, who played Smithy's sister Rudi will not be returning for the Christmas Special.

The 37-year-old actress and co-creator Corden dated for two years from 2007, but when asked if she was returning as her chavtastic character, she told the BBC: "I wish.

However, it seems like there is no hard feelings from Smith, gushed to The Sun: "Like everyone, I can’t wait to watch the Christmas Special.

"I’m so proud to have been a part of something so special."

READ MORE: This Gavin & Stacey fact may change how you feel about it forever…

The hit BBC series is set to return to our screens for a one-off special on Christmas Day, 25 December 2019, but Corden - who co-created and wrote the show with Ruth Jones - has admitted their first draft wasn’t up to scratch.

Corden - who also plays Smithy on the hit show - told Radio Times magazine: "We'd confused ourselves in thinking there needed to be an absolute narrative arc - there was so much in the story, there was no room for the characters to breathe.

"There was a real silence in this room... a sense of, 'Maybe we were too naive to think we could pick it up.’ "

However, it was after taking a break and going for dinner with their respective partners that the writing pair realised it needed more “heart”.

Ruth Jones - who also plays the much-loved Nessa in the sitcom - revealed: "We did then identify what it was. There needed to be a heart to it, a big moment that resonated."

Watch Ruth Jones control the crowds during Gavin and Stacey filming in Barry: 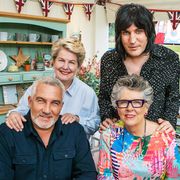 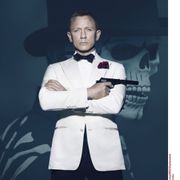