The Scottish singer-songwriter has confirmed his dates planned for August and September this year have now been moved to May and June 2021.

Gerry Cinnamon has rescheduled the rest of his 2020 tour dates for 2021 due to the COVID-19 pandemic.

The Scottish singer-songwriter had previously changed his huge outdoor dates - including a homecoming show at Glasgow's Hampden Park - until 2021, but has now moved all his summer gigs from August and September to May and June next year.

On the news, the Belter singer said in a statement: "We tried for Autumn but the world's still sorting itself out. Gutted but it pales in comparison to the shit other folk are going through. As long as everybody's safe and well we're winning regardless. Love you all, until next time. x"

For those of his fans missing his epic live shows, Cinnamon recently shared a video for new single Where We’re Going featuring footage from his 2019 Arena Tour. The single itself has already been streamed over 9 million times.

Celebrating the achievement, he wrote: "Numbers mean nothing. Folk blasting the tunes and singing them like they mean it means everything. Had my back since day one. Only reason I stayed in this game. Shout out to all frontline staff. Suns out. Look after the oldies. Cheers".

READ MORE: Coronavirus: Festivals and gigs cancelled and affected due to the pandemic 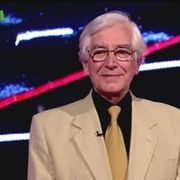