Foals have already delivered one of THE best albums of 2019. And the only person to get the inside knowledge on the record is the Most Trusted Man In Music.

Radio X’s John Kennedy sat down with frontman Yannis Philippakis and guitarist Jimmy Smith to talk through Everything Not Saved Will Be Lost Part 1, which was released on 8 March.

Win a Signed Vinyl Collector's Edition of Foals Everything Not Saved Will Be Lost: Part 1 here!

The record is the Oxford band’s first album since 2015’s What Went Down and has already been attracting plenty of acclaim from critics and fans alike.

The album is the first without bassist Walter Gervers, who has been with Foals since the early days and left at the beginning of 2018.

John talks to the pair about the inspirations behind the new record, becoming a quartet and what people can expect from Part 2 of the album, which is due next year. 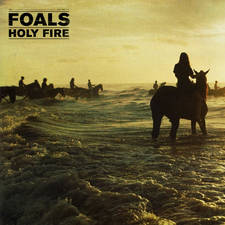