The band also unveil another new track from Everything Not Saved Will Be Lost Part 1 - listen here.

Three newly-announced dates see Foals make a return to club-sized venues ahead of a summer of huge shows, which include headline sets at Truck, Y Not and Boardmasters festivals.

Foals fans who pre-order Everything Not Saved Will Be Lost – Part 1 from www.foals.co.uk will gain access to an exclusive ticket pre-sale.

The announcement comes as the band drop another preview of their forthcoming album Everything Not Saved Will Be Lost Part 1. Titled On The Luna, the new song features Yannis Philippakis declare, “We had it all but we didn’t stop to think about it”.

Listen to On The Luna here. 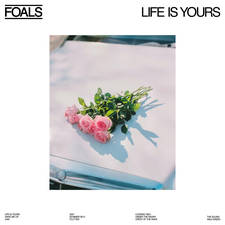