What are the cast of The Inbetweeners doing now?

Find out what Joe Thomas, Simon Bird, Blake Harrison and James Buckley have starred in and what they're up to now.

This week saw The Inbetweeners star Simon Bird explain why he thinks there will "never" be an Inbetweeners reunion.

The 35-year-old actor, who starred as Will McKenzie in the hit coming-of-age sitcom, told Lorraine that he didn't think the show should return with the original cast because of the "awful" things the characters said.

When it comes to leaving things well in the past, Bird might just have a point.

2019 saw the cast members - who also include Joe Thomas (Simon), Blake Harrison (Neil) and James Buckley (Jay) - cause a stir when they reunited for a 10th anniversary reunion show.

Despite their good intentions, Channel 4 was slated for their choice of format and presenter in Jimmy Carr, while some fans were just angry because they thought it would be an actual episode.

Shortly after, James Buckley took to Twitter to apologise for upsetting the fans while Blake Harrison laughed it off in a hilarious Instagram video.

Though a new series of The Inbtweeners isn't looking likely any time soon, it's not to say to co-stars aren't busy working on other projects.

Find out what the stars who played Will, Simon, Jay and Neil have been up to lately and what they've got planned for 2020.

What are the cast of The Inbetweeners are doing now?

Most notably, Joe Thomas went on to star in Fresh Meat from 2011-2016, before working in feature films The Darkest Universe and The Festival.

Watch the trailer for The Festival below:

He's plays the role of Mike Hunt in the upcoming film Tom, Dick & Harry The Movie, which according to IMDb, is in pre-production.

The actor, who played the suitcase-holding sixth former Will, starred in You, Me and Him in 2017.

However, he's most known for starring alongside Tom Rosenthal in on-going family sitcom Friday Night Dinner.

The show has announced that it will return for its sixth series on Channel 4.

Bird also will play Nathan in the TV mini-series Sandyland this year.

Watch Simon Bird explain why there won't be another Inbetweeners reunion:

You might not think you see him very often, but the vertiginous actor has played the voice of Scroop in Bob the Builder since 2015.

2020 will see Harrison star in the TV movie, Agatha and the Death of X, and The Kindred - which is in post-production.

Watch Blake Harrison joke about the affects of The Inbetweeners backlash in his Instagram video:

And last but not least, James Buckley has plenty to be thankful for.

Buckley's starred as Rusty in the return of the Red Dwarf series (2017), starred in time travel-based sitcom Zapped from 2016-2018 year.

He also starred alongside Joe Thomas in White Gold as Brian Fitzpatrick, and last year featured in a television series across the pond called I Feel Bad as Chewey.

Watch the trailer for the NBC series here:

2020 will see him make an appearance in Doctor Who as Nevi.

Find out why James Buckley thinks The Inbetweeners couldn't be aired nowadays: 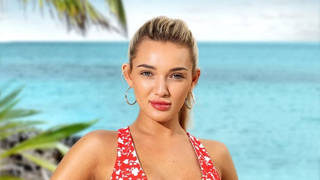