An Ozzy and Sharon Osbourne biopic is in the works

According to the rock couple and their son Jack, the film will follow their life and early days and will be an "adult film for adults".

A biopic about Ozzy and Sharon Osbourne's life is in "very, very early" stages.

As reported by Rolling Stone, the film is set to celebrate the life and times of the Prince of Darkness and the Black Sabbath manager, giving a warts-and-all look into their marriage.

"We have a writer." revealed their son, Jack Osbourne, whose production company is set to be undertaking the project. "We said to go from 1979 to 1996. I can’t say too much, but the film is an active development."

"From what I understand, it’s about Sharon and I and our relationship,” Ozzy said. “It’s how we met, fell in love, and how we married. She’s my other half. She grew up a lot with me, and I grew up a lot with her. We celebrated 38 years of marriage just recently."

However, Osbourne matriarch Sharon stressed that the film wouldn't be sanitised or pulling any punches like Queen biopic, Bohemian Rhapsody.

“Our film will be a lot more real,” she said. “We don’t want it to be squeaky, shiny clean and all of that. We’re not making it for kids. It’s an adult movie for adults.”

“I hope it will be a story that everybody can relate to,” Sharon added. “You don’t have to be a fan of the music, because it’s a story about a survivor. No matter what life throws at you, you pick yourself up and you start again. It’s just an amazing story of overcoming everything that’s thrown at you in your life.”

According to the outlet, Ozzy is not sure who he wants to play him yet, while Sharon revealed she wants an unknown actor to play her.

READ MORE: This is what Ozzy and Sharon's private daughter is up to now

Meanwhile, this month saw Ozzy and Sharon's more media-shy daughter Aimee explain her decision to not take part in The Osbournes.

The reality TV show - which starred Ozzy, Sharon and their youngest children Kelly and Jack - was one of the first ever reality shows and is often dubbed as the blueprint for The Kardashians.

However, not every one of the rock star's brood appeared on the show, which was an instant hit and ran for four seasons from 2002-2005.

Speaking to radio station Q104.3 New York, the musician revealed: "“To me, I’d grown up around having a pretty well-known dad anyway, and I always really valued my privacy within that family.

Sharon,Ozzy and Jack are currently starring in a new show called The Osbournes Want to Believe, which sees them watch and debate home videos that claim to have captured paranormal happenings.

Ozzy’s life and career is also set to be showcased in an upcoming A&E documentary entitled, Biography: The Nine Lives of Ozzy Osbourne, which will premiere on 7 September 2020. 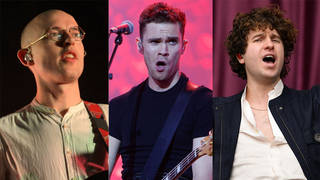