The singer-songwriter has unveiled the next cut to come from his second studio album Evering Road. Listen to it here.

The track is the next cut to be taken from the singer-songwriter's Evering Road album, which is set for release on 5 March 2021.

Listen to it here.

Speaking about the track, Grennan says: Little Bit Of Love is all about the mental struggle of moving on, or going back to a relationship.”

Evering Road - which also includes the tracks This Is The Place, Oh Please, Something Better and Amen - is named after the East London address where he lived with his then-girlfriend.

The album charts the breakdown of Tom Grennan's relationship and the artist hopes it can be a "lifeboat" for others".

“This album has been such a therapeutic experience, it has helped me through one of the toughest times of my life," he revealed. "Evering Road documents a transitional stage for me, where I felt I’ve learnt so much and grown into a new man, moving myself into a new calm and positive space. Gospel and soul have been a huge influence on me during this album, for me it’s so emotional yet uplifting, and I wanted to translate this DNA through my music. I’m just BUZZING for people to hear it. And hopefully it can be a lifeboat of sorts for at least one other person.”

Grennan has also previously told Radio X that his ex listened to some of the breakup album and gave it her seal of approval.

"I have had a conversation with her and we’ve stayed friends. She’s heard a few of the songs already and she’s really happy. She’s buzzing for me.” 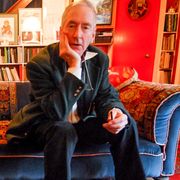 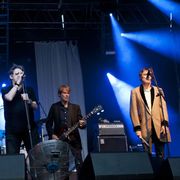 'A great friend and a great bass player': Tributes for The Pogues bassist Darryl Hunt who has died aged 72