The bands will join forces to raise money for their beloved long-standing crew member, John Brandham, who suffered a stroke.

The Pretenders and Suede are joining forces for a special benefit gig.

The Don't Get Me Wrong legends and the Beautiful Ones outfit will play their final shows of the year at London's O2 Shepherd's Bush Empire on 20 November 2019.

The unique co-headline event will be in aid of their much-loved crew member and cohort John Brandham, who recently suffered a stroke which will leave him out of work for the foreseeable future.

All net proceeds for the show, which will see both bands play a full set, will go to John Brandham and his ongoing care.

Chrissie Hynde said of the news: “We are delighted to be playing this unexpected end of the year show with Suede in aid of our dear pal John Brandham, most trusted friend and deluxe crew member.  John suffered a medical setback recently and will therefore be sadly missed during our 2020 tours - but to see him through in the mean-time, we’re doing the mother of all benefits. Should be a great night!”

Suede frontman Brett Anderson recently wrote of John in his Afternoons With The Blinds Drawn memoir: "I bought a car and met John and we got on like the proverbial blazing house. He is the perfect person with whom to spend long journeys; he is kind and respectful and very funny, possessing a bone-dry, self-deprecating Tottenham fan’s wit and the flattened, drawling vowels of a broad Estuary accent. He’s the sort of person about whom no one has a bad word despite the fact that in public on more than one occasion he’s been mistaken for Ronnie Wood. He has such an air of peaceful serenity that if it were suddenly announced on the News that Jesus had returned to earth in the form of a Spurs fan from Luton I wouldn’t be in the least bit surprised." 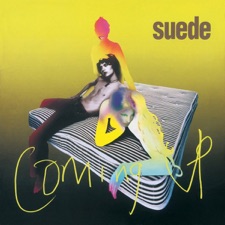 If you can get 8/10 of these Britpop lyrics right, we'll be impressed