The Scottish rockers' new studio album is out now. Watch them go through it with X-Posure's John Kennedy track by track.

Biffy Clyro released their new album The Myth of the Happily Ever after last Friday (23 October) and we've been listening to it ever since.

The record, which marks the bands ninth studio album and is the follow up to 2020's A Celebration of Endings, was an album that may not have existed if it wasn't for the global pandemic- tackling themes that deal with helplessness and inertia.

With tracks such as A Hunger in Your Haunt and Unknown Male 01, The Myth of the Happily Ever after is described the band as the answer to its predecessor.

Unsurprisingly, when it came time to release the album, frontman Simon Neil and Ben and James Johnston had plenty to say about it.

Watch them discuss the record with X-Posure's John Kennedy in a special track by track above.

Listen to The Myth of the Happily Ever After in full here:

See the tracklist for The Myth Of The Happily Ever After:

READ MORE: The Lathums' How Beautiful Life Can Be album: Track by Track 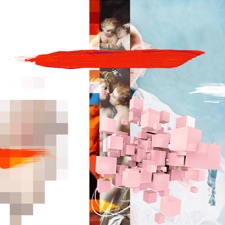 A Hunger In Your Haunt
Biffy Clyro
Download on iTunes