We delve into Elton John's first marriage to the German sound engineer.

Elton John's ex wife Renate Blauel is known for staying away from the limelight, but 2020 saw her hit the headlines after launching legal action against the legendary singer.

The BBC reported that Blauel is claiming "£3 million" after the star disclosed facts about their relationship in his autobiography, Me, plus the biopic Rocketman. This apparently breaks a legal agreement that the couple had, which would prevent Elton from discussing the marriage publicly.

In a claim filed in the High Court in London, it transpires that the musician agreed to remove certain passages in the book, which, according to Blauel, "seriously misrepresented the nature of their relationship". For his part, the musician says in memory that Blauel was "someone I couldn't fault in any way".

Now that Rocketman is available to watch on Netflix, the couples relationship has been thrown into the limelight once more.

Find out everything we know about his ex-wife Renate Blauel, including how they met, when they got married, how they divorced and where she is now.

Who is Renate Blauel and how did Elton John meet her?

Blauel - who hails from Munich, Germany - was described by the press as a sound technician.

The pair met in 1983 while the star was finishing his Too Low for Zero album - which included hit singles I'm Still Standing and I Guess That's Why They Call It The Blues - and they quickly became close friends.

After travelling with her on the Australian leg of his Too Low for Zero tour, Elton John prosed to Blauel.

The couple wed on Valentine's Day 1984 in St. Mark's Church the area of Darling Point in Sydney, Australia and were married for four years.

When did Renate Blauel and Elton John get divorced and what has Elton John said about it?

The pair divorced in 1988 and soon after Elton John came out as gay.

In 1992, the Tiny Dancer singer told Rolling Stone he was "quite comfortable about being gay."

Addressing his first marriage in when urging Australians to vote in favour of same sex marriage in 2017, Elton John took to Instagram to write: "Many years ago, I chose Australia for my wedding to a wonderful woman for whom I have so much love and admiration. I wanted more than anything to be a good husband, but I denied who I really was, which caused my wife sadness, and caused me huge guilt and regret."

He added: "To be worthy of someone's love, you have to be brave enough and clear eyed enough to be honest with yourself and your partner."

See his full post below, which includes a photo of his husband David Furnish:

I'm so excited to be back in Australia for a series of shows. Many years ago, I chose Australia for my wedding to a wonderful woman for whom I have so much love and admiration. I wanted more than anything to be a good husband, but I denied who I really was, which caused my wife sadness, and caused me huge guilt and regret. To be worthy of someone's love, you have to be brave enough and clear eyed enough to be honest with yourself and your partner. Almost 24 years ago, I met the person with whom I could be fully myself. When we married in 2014, it felt like that fact was accepted by the world. For David and I, being able to openly love and commit to one another, and for that to be recognised and celebrated is what makes life truly worth living. That acceptance and support makes us want to be as kind, responsible and productive members of society, as well as the best parents, that we can be. I love Australia. I love its spirit, its lack of pretence, its passion. I hope it can embrace the honesty and courage that seeks gay marriage as an expression not of desire but of love. #loveislove #marriageequality @davidfurnish

Where is Renate Blauel now?

After the couple divorced, Blauel retreated from the public eye.

Blauel has never really spoken out about the divorce but assured People that the split was amicable and they "genuinely intend to remain best of friends".

It was also reported by the magazine that Elton John bought Renate a $600,000 (£471, 600) country home in Surrey, which she lived in until 2000, when it is thought she returned to her native Germany to look after her parents.

Who is Elton John married to now?

They have since been married, tying the knot again on 21 December 2014 - the ninth anniversary of their civil partnership.

READ MORE: Does Taron Egerton sing and play the piano in Rocketman?

READ MORE: Get the full details of the Rocketman soundtrack 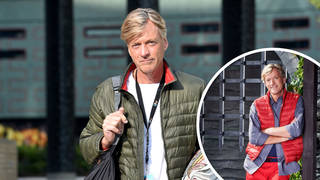