The Bohemian Rhapsody star, who took home a gong on the night, has looked back on the moment the actress blanked him on stage.

Rami Malek has responded to an awkward clip, which saw Nicole Kidman appear to totally snub him on stage during the Golden Globes this weekend (Sunday 6 January).

The Bohemian Rhapsody actor was shown the moment he took to the stage with his colleagues to accept the award for Best Motion Picture, but seemed to find it impossible to get any attention from the Australian actress.

Watch the moment he was shown the cringe clip above.

After being shown the footage on Jimmy Kimmel Live, Malek joked: "I've known her for many years, despite as it may seem from that video, so I thought I could go up and easily say hi in a moment like that but. it was very awkward.

"I have a feeling this is haunting me on the internet."

He added: "I got love from Keith (Urban) that night, her husband. Massive Queen fan."

WATCH: What Does The Song Bohemian Rhapsody Mean To Rami Malek?

Malek also picked up a gong for Best Performance by an Actor in a Motion Picture for his portrayal of Freddie Mercury in Bohemian Rhapsody and dedicated the award to the late icon.

Ending his speech, he said: "Thank you to Freddie Mercury for giving me the joy of a lifetime. I love you, you beautiful man. This is for and because of you gorgeous."

Watch his full acceptance speech below:

Rami Malek wins Best Performance by an Actor in a Motion Picture for Bohemian Rhapsody at The Golden Globes. Watch his grateful and humbling acceptance speech here!

QUIZ: Do you know the words to Queen's Bohemian Rhapsody? 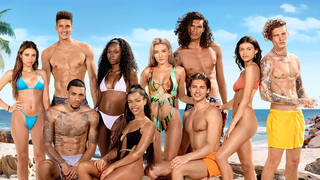