Frontman Jack Cochrane revealed to Radio X's Toby Tarrant that they were targeted by young fans of the US singer.

The Snuts were plagued by death threats from Demi Lovato fans.

The Scottish rockers won a David vs Goliath-style bid for a UK number one album with their debut W.L., beating Lovato's seventh studio album Dancing with the Devil... the Art of Starting Over to the top spot.

Though the band had strong support, which included everyone from Tenant's Lager to Lewis Capaldi, they had to deal with Lovato's passionate fans.

He laughed: "It was pretty scary!"

Watch our clip above.

READ MORE: How to watch Demi Lovato's Dancing With The Devil documentary

Though most people would be forgiven for thinking W.L stood for West Lothian, where the band hail from, they'd be wrong.

The Always singer explained: "Scotland's basically broken into small towns and each town has got a name for their troublemakers and then they'll meet up on a Friday and fight each other.

"So when we were growing up, we're from a place called Whitburn and the name for the troublemakers in our town was just The Whitburn Loopy and we thought 'this is just a beautiful poetic name for an album'".

Watch Toby's interview with The Snuts frontman above.

The Snuts' Somebody Loves You track was also our former Radio X Record of the Week and the frontman revealed how the song was inspired by graffiti he saw in Glasgow.

"It's quite a funny one," he told Radio X. "I'd just moved to Glasgow and I was kinda exploring the city and all over the city there was a piece of graffiti with just three simple words 'Somebody Loves You'.

"It was something that really struck a chord with me. It was such a kind of powerful universal message. So from there, it just turned into the song really quickly.

"I think just everybody was kind of feeling the same anxieties about what was going on in the world, so it felt as a song for us it kind of expanded into a much bigger project [...] A way of us connecting with fans and just connecting with the people we care about with that song. It's deep." 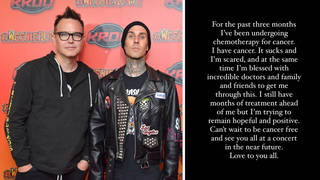 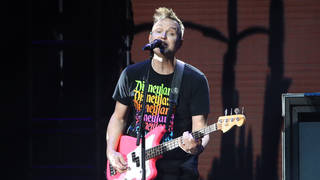