Sam Fender, Little Simz, Harry Styles, Wet leg and Self Esteem among those honoured this year. See the full list of 12 albums here.

The 2022 Mercury Prize with FREE NOW Albums of the Year have been announced.

The award - which celebrates and promotes the best of British & Irish music - has recognised 12 albums including Sam Fender's Seventeen Going Under, Little Simz's Sometimes I Might be Introvert, Yard Act's The Overload, Self Esteem's Prioritise Pleasure and Wet Leg's self-titled debut.

The winner of the Mercury Prize is awarded with a £25,000 prize.

The Chair of the judging panel is Jeff Smith.

The judges said: " Getting down to 12 albums this year was not easy, simply because there were so many remarkable ones to choose from. That serves as proof that British & Irish music thrives during unsettled periods in history, with the albums chosen covering everything from imaginative pop to pioneering rap to Cornish language folk-rock. We feel that these 12 amazing albums each have something to say artistically and socially, all in their own unique, enriching ways. Now comes the really hard part... choosing only one overall winner".

More on the Mercury Prize 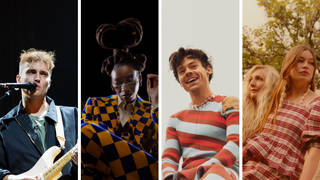 Where are the Mercury Prize winners now?