Dancehall star Sean Paul has announced he will be performing a secret set at Glastonbury this year. 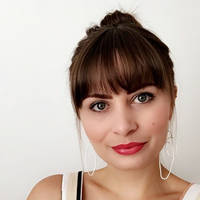 Sean Paul has confirmed on Twitter that he will be taking to the stage at Glastonbury 2019.

He will be joining the likes of The Cure, Liam Gallagher, Miley Cyrus and Stormzy, as he performs on the John Peel Stage on the Saturday night.

While festival-goers previously speculated that Fleetwood Mac, Robyn, Diplo and Foals would be performing secret sets at this year's Glasto, event organisers have now confirmed the slot will be filled by Sean Paul.

Unfortunately, his set will clash with The Killers, who are performing on the Pyramid Stage that same night.

Other artists performing on the John Peel stage on the 29 include Bugzy Malone, Gerry Cinnamon and Swimming Girls.