Who was Maps by Yeah Yeah Yeahs written about?

Karen O has celebrated the 20th anniversary of the New York group by joining her bandmates for a quarantine cover - but who was the song written for?

The New York trio of Karen O, Nick Zinner and Brian Chase first performed together on 25 September 2000 at the city's Mercury Lounge, on a bill shared with The White Stripes.

In a post on Instagram, Karen O recalled: "We had four songs to announce our arrival on the NY scene - not enough to break a sweat and looking sweaty was a must... so I dumped a mini bottle of olive oil on my head and hit the stage."

On this day in the year 2000 we made our debut performance at the Mercury Lounge on the Lower East Side of Manhattan, we celebrate the date as our official birthday so it’s our party we can cry if we want to! We shared the bill that night with local favorites Candy Darlings, Kid Congo Powers, and up and comers from Detroit The White Stripes. Special thanks to Dave Burton for getting us our first NY gig! Jack Martin for being our guest guitarist! The bartender who was feeding us way too many margaritas! And to our dear friend Helen Park for documenting it, all 4 songs we played ha! This is OUR TIME, can’t hear shit but what a treasure. Stay tuned more birthday stuff to come! Where were you when you first heard we existed?? Luv YYYs

The singer notes that the extra virgin olive oil stained her t-shirt and "the black heart pasties I cut from duct tape looked like enormous nipples... not the effect I was going for. So misguided."

Nevertheless, the trio made a splash with their self-titled EP that led off with the risqué Bang released in July 2001.

But it was Yeah Yeah Yeahs' song Maps that brought them to the attention of the wider world. The track was written in about five minutes, as Karen O recalled. She'd heard guitarist Zinner playing the memorable riff and the rest just followed.

The song is a simple statement of passion for a particular person: "Wait, they don't love you like I love you" is the refrain.

In the video for the song, Karen is pictured stood on stage in front of a half-empty school hall. The camera closes in on her face as she sings the words. As Zinner goes in for the big, distorted solo, the singer starts to cry.

"They were real tears," Karen told WENN in 2007. "My boyfriend at the time was supposed to come to the shoot - he was three hours late and I was just about to leave for tour.

"I didn't think he was even going to come and this was the song that was written for him. He eventually showed up and I got myself in a real emotional state."

Who was the boyfriend that aroused such genuine emotion? He was Angus Andrew, Australian-born lead singer with New York post punk act Liars. In fact, one rumour has it that "MAPS" stands for "My Angus, Please Stay".

Yeah Yeah Yeahs and Liars toured together frequently in the early 2000s. "It feels right to be on tour with them," Karen O told MTV ahead of a tour with the band in October 2002. "I think it's the most exciting bill ever. If I was a teenager, I'd be on cloud nine. It's going to be a real high-energy, raucous show."

At a show in Sydney, Australia in 2003, Karen fell off the stage and for the band's appearance at the Livid Festival, she was pushed onstage in a wheelchair by Angus Andrew.

But the romance between Karen and Angus wasn't to last. "There's a lot of loooove in that song," she told Rolling Stone in 2006. "But there's a lot of fear, too. I exposed myself so much with that song, I kind of shocked myself."

Following the release of Yeah Yeah Yeah's debut album Fever To Tell in 2003, Karen moved to Los Angeles and the relationship came to an end. The Yeah Yeah Yeahs singer was linked to video director Spike Jonze. She's now married to British film director Barnaby Clay and they have a five year old son, Django.

Maps still fascinates Karen O. “I’m endlessly curious about that song because it’s just strange to me," she told the BBC in September 2019. "I remember it was like a daydream making that song; it just happened so kinda effortlessly and so incidentally.”

When Yeah Yeah Yeahs celebrated their 20th anniversary in September 2020, Karen O linked up with Nick Zinner and Brian Chase via video to play their biggest hit from home... Maps. The video begins with young Django Clay opening a cupboard door to reveal the band. 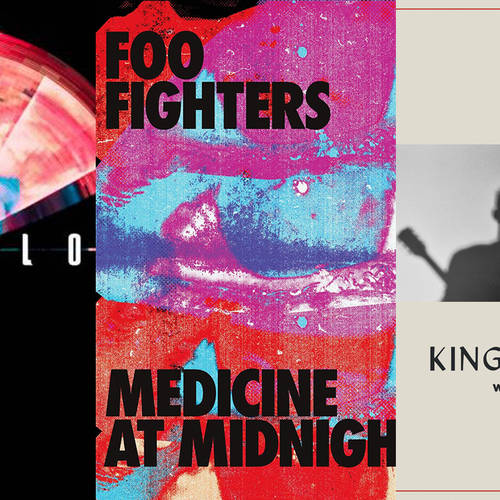