What did Linkin Park play at their last gig with Chester Bennington?

We look back at the setlist of the last gig played by the nu-metal band and their late frontman.

Chester Bennington tragically lost his life to suicide just two months after his 41st Birthday on 20 July 2017, prompting an outpouring of shock and sadness from across the music world.

Linkin Park had just released their seventh and final album, One More Light, on 19 May and were touring it around the world that year.

Their last show saw the band on the UK leg of their tour of the same name , playing Birmingham's Barclaycard Arena on 6 July 2017.

Find out what happened at what was to be their last ever show with their late frontman...

READ MORE: Chester Bennington's mother shares final photo with Linkin Park frontman on what would have been his 43rd Birthday

Kicking off their set with Talking to Myself from their final album, the band went on to perform Burn it Down, The Catalyst and Wastelands before launching into their debut single, One Step Closer.

Very much on form, their energetic, career-spanning set was a whopping 26-tracks long, and included everything from their current One More Light single to old favourites such as Crawling, What I've Done and In the End.

Watch Chester Bennington sing In The End live in Birmingham that night:

The band's emotional encore consisted of five tracks, including an acoustic version of new album track Sharp Edges, Numb, Heavy - their collaboration with US pop singer Kiiaea - and Papercut.

Song 26 on the setlist and their last ever song as a band was 2007's Bleed It Out, which was taken from their third studio album Minutes To Midnight.

3.The Catalyst (No bridge & third chorus)

8.Lost in the Echo (shortened version)

13. Waiting for the End (“Remember the Name" intro)

17.Leave Out All the Rest(Piano intro/band intro and outro with solo)

Watch Coldplay's Chris Martin pay tribute to Bennington with a rendition of Crawling at their gig:

5 classic songs that sampled other songs 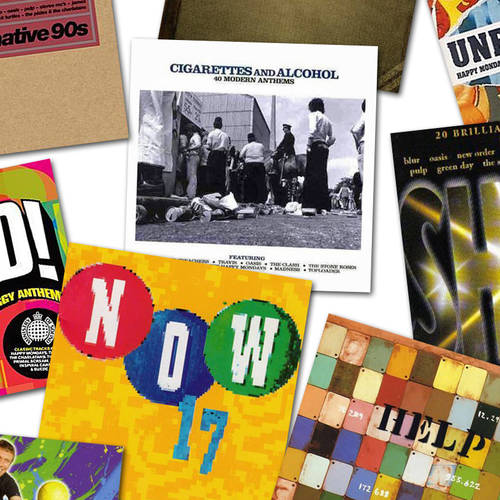 What's the best indie compilation album of all time?

Rock stars and their real names