A remix of the band's 2015 track by Oliver Nelson has gone viral and has been delighting music lovers from across the spectrum.

A remix of The Wombats' Greek Tragedy has gone viral on TikTok.

The indie trio may have released the song back in 2015, but it's been giving a new lease of life by the video platform thanks to a reimagining of the song from Oliver Nelson.

Since it was shared on the platform, music fans from across the spectrum have been praising the remix- many admitting to using the track to kick off their day.

READ MORE: Watch Miley Cyrus cover Arctic Monkeys' Why'd You Only Call Me When You're High?

The Swedish music producer's version of the song renders it almost unrecognisable, giving it an infectious pop twist, which is giving us the holiday vibes we're undoubtedly craving right now.

One fan commented under the song on YouTube: "This NEEDS to be on Spotify," while another said: "1 millionth time listening to this".

However, another fan wanted to point out that the remix is by no means new, writing: "Not yall coming here in 2021 while im already listening to this for more than a year".

Listen to the original single, which is taken from the band's third studio album Glitterbug, here: 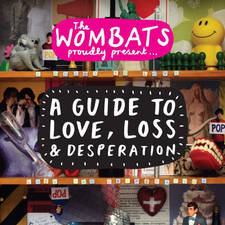