See the North Shields singer-songwriter cover the bubblegum pop classic from 1997 after celebrating his number one debut album.

Sam Fender has shared an unlikely cover with his legions of fans.

The North Shields singer-songwriter promised to do a cover of Aqua's Barbie girl if he reached number one with his debut album Hypersonic Missiles, and when he topped the chart last week, he was forced to follow through.

Watch him transform the bubblegum pop 90s classic into a mournful rock ballad courtesy of his Instagram Story.

After finally giving the fans what they wanted, the Play God singer said: "I'm never ever promising to do a fucking cover again, 'cause fuck me you did not let us forget about that".

Meanwhile, Sam Fender was the special guest at Liam Gallagher's homecoming gig at the O₂ Ritz, Manchester for Radio X.

Opening the set with Millennial, Fender showcased his debut LP with hugely popular songs, including The Borders, Dead Boys, Hypersonic Missiles and Will We Talk?

The nine-date-tour will include a show at London’s Alexandra Palace on 27 March and conclude with a homecoming show at Newcastle Arena on 3 April.

The gigs - which will also see the singer-songwriter play the likes of Manchester, Cardiff and Glasgow - will mark his biggest headline shows to date.

Tickets go on sale on tomorrow (27 September) from www.samfender.com. 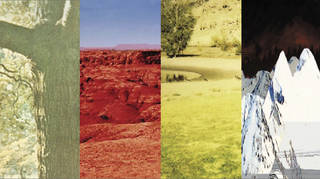