The title track of the band’s 1975 album has become a favourite, but what’s the real story behind the lyrics?

Pink Floyd released their ninth album, Wish You Were Here, on 12 September 1975. It had a lot to live up to - their previous LP, Dark Side Of The Moon, was a multi-million selling phenomenon that took up residence on the album charts for years.

Luckily, the band were at their creative peak - but the troubles that surrounded the group over the past few years found their way into the music.

Side One of the album is mainly taken up with the immense, 13-minute epic Shine On You Crazy Diamond (Parts I - V) - and the track was especially poignant.

The song is about Syd Barrett, the original frontman and chief songwriter of the Floyd, who left the group in 1968 after his mental and physical health and reliabity deteriorated thanks to heavy drug use. Roger Waters claimed that David Gilmour’s four-note guitar motif summed up a “sort of indefinable, inevitable melancholy about the disappearance of Syd”.

Ironically, the man himself visited Abbey Road while the song was being recorded, but was initially not recognised by his former bandmates. Now overweight and with a shaved head, Barrett was a shadow of his former self, The lyrics for Shine On You Crazy Diamond seemed to be about Barrett’s withdrawal from the world: “Remember when you were young? / You shone like the sun".

But Waters later said: "Shine On is not really about Syd — he's just a symbol for all the extremes of absence some people have to indulge in because it's the only way they can cope with how fucking sad it is, modern life, to withdraw completely.”

Other songs on the album were about the music industry that had eaten up Pink Floyd since their early 1970s success: Welcome To The Machine and Have A Cigar. The latter includes the line “Oh by the way, which one’s Pink?”, which was a dumb question asked by record company execs who thought Pink Floyd was the name of a performer.

But it was the title track, Wish You Were Here, that was the most world-weary.

“How I wish, how I wish you were here

Swimming in a fish bowl

The song and opens with the sound of a radio tuning away from the previous track (Have A Cigar), across a station playing Tchaikovsky's Fourth Symphony and on to Dave Gilmour playing the delicate 12-string acoustic guitar intro. “It’s all meant to sound like the first track getting sucked into the radio, with one person sitting in the room playing guitar along to the radio,” Gilmour explained.

While it’s impossible to not think of the sad decline of Syd Barrett, Roger Waters, who wrote the lyrics, claimed that they were more personal. The song itself, came out easily, as he told journalist Dan Rather in 2017: “I played a few chords and wrote the song very, very quickly, as I recall. Probably in an hour. It was one of those happy times when stream of consciousness works, and words come out.“

In a documentary on the making of the album in 2012, Waters expanded on the idea: “It’s to encourage myself not to accept a lead role in a cage, but to go on demanding of myself that I keep auditioning for the walk-on part in the war, ‘cause that’s where I want to be."

He went on: “I wanna be in the trenches. I don’t want to be at headquarters; I don’t wanna be sitting in a hotel somewhere. I wanna be engaged.”

And that’s something that, sadly, Syd Barrett no longer was in the autumn of 1975. 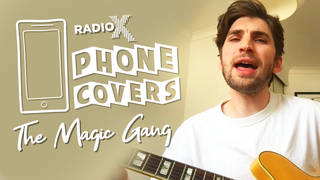