Kings of Leon on When You See Yourself: We've never been more proud of an album

The band have announced their When You See Yourself album and bassist Jared Followill told Johnny Vaughan it's the hardest they've ever worked on a record.

Kings Of Leon feel proud of their forthcoming album.

This week saw Caleb Followill and co confirm their eighth studio effort When You See Yourself would be released on 5 March 2020 and they believe they couldn't have worked harder on it.

Speaking about the upcoming release, bassist Jared Followill told Radio X's Johnny Vaughan: "The album comes out in March and it’s something that we couldn’t be more excited for people to hear just because obviously we’ve been sitting on it for a second in a small sort of purgatory [...], but we are unbelievably excited about it."

He added: "We’ve never worked harder on an album and I don’t think we’ve ever been more proud of one".

This week also saw the band unveil the video for The Bandit- the lead single from the new record alongside 100,000 People.

Watch the visuals for The Bandit here:

READ MORE: How did Kings Of Leon come up with their band name?

The Nashville outfit, who consist of three brothers - Caleb, Nathan and Jared - and their cousin Matthew were lucky enough to work alongside each other in lockdown, which made them more productive than ever.

“We’re in a weird situation where our family and our close bubble that we can quarantine with happens to be everyone we work with," he told Johnny Vaughan.

However, when asked if they use bands like Oasis on a guide of how not to be warring brothers in a band, Jared suggested they knew knew the risks involved, but did it anyway.

"I feel like Oasis is one of so many bands that have brothers in it that just turn out to be a terrible situation of fighting,' he mused.

"We kinda knew going in that being in a band with your brothers is not a great idea, but we didn’t really have any other friends, so we just decided to go on with it and we thought it would last for at least a couple of years."

Like many bassists, Jared was given the instrument in the band simply because it was the last choice, but the basslines on certain songs made him fall in love it it.

“When we first started, they kind of threw the bass on me because that was the only instrument left," he recalled.

“It’s a naive kind of way of thinking as it kinda ends up being one of the coolest things, but there were a few [songs] that kind of sold me..."

He added: "Kim Deal from the Pixies, I remember a song called Gigantic and that really struck me. Then in very early days The Strokes album came out and the first song on the album Is This It.

Kings of Leon's When You See Yourself is set for release on 5 March 2021.

See the tracklist for When You See Yourself here:

1. When You See Yourself, Are You Far Away

Kings of Leon: We knew being in a band with your brothers wasn't a great idea

Kings Of Leon share snippets of new music: Everything we know so far 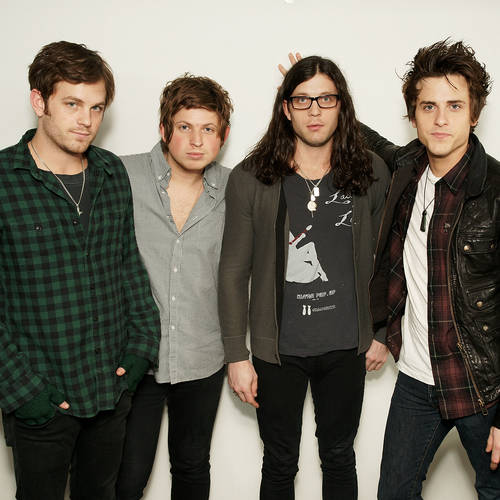 QUIZ: Only Kings of Leon experts can get all these lyrics right