Damon Albarn and co have joined forces with the Mercury Prize nominated artists for the first of their Song Machine sessions. See their video here.

Gorillaz have joined forces with Slaves and slowthai on new music.

The track is the first cut to come from the band's Song Machine series, which premiered on Thursday 30 January.

According to the animated band - which was co-created by Blur frontman Damon Albarn - the online series aims to upload videos from their Kong Studios as soon as they are "ready to drop," featuring special guests from across the musical world.

Watch their video for the track above, entitled Momentary Bliss ft. slowthai & Slaves (Episode One) above.

Gorillaz frontman Murdoc said of the news: "Hello everyone who is reading these words. I’ll keep this short because once you say things you can’t unsay them and they exist in the universe forever, like Tupperware."

The Machine has been switched on 🔛
Follow your nearest Song Machine (snooze you lose)
👉 https://t.co/LxIgC7zkVH pic.twitter.com/q1vNAhqQSn

Drummer Russel added: "Song Machine is a whole new way of doing what we do. Gorillaz breaking the mould ‘cos the mould got old. World is moving faster than a supercharged particle, so we’ve gotta stay ready to drop. We don’t even know who’s stepping through the studio next.

"Song Machine feeds on the unknown, runs on pure chaos. So whatever the hell’s coming, we’re primed and ready to produce like there’s no tomorrow. Y’know, just in case…"

READ MORE: Is Blur's Beetlebum their most heartbreaking single? 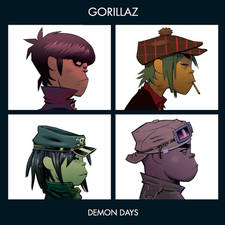