VIDEO: Catfish And The Bottlemen reveal story behind Longshot single

Catfish And The Bottlemen have talked about their "optimistic" new Longshot single.

This week saw the Llandudno rockers announce their return with a new track and its accompanying Jim Canty directed video.

Now, speaking to Radio X's Gordon Smart, frontman Van McCann and guitarist Jonnny Bond have talked about the song, which was written in Australia.

"It was the first one we recorded for this album, revealed the frontman. "The first one the producer heard. It was the back up one. I actually had another one which I thought was stronger, but I turned up to the guys and played them Longshot and they were like: ‘What?’"

He continued: “So as soon as we played it to Jacknife (producer Garret Lee) and that night or the next night we were just partying and singing it. We’d all just pretty much learnt it and it felt like a good one back.

"And the first lyric being ‘Go’ and all that, yeah. It just came together real quick and I remember the excitement from these when I first showed them the acoustic version. It was kind of natural to go to that one.”

Asked about the song’s meaning, McCann said: “Generally I’d just say it’s taking a chance on something and it’s paid off big time, you know?

"That’s the feeling I get and the chorus feels like that. Once you get to that chorus, we could always see the crowd in our head straight away even before we recorded it.”

Watch the video for the single here: 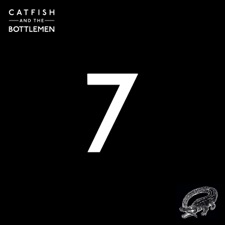