Watch the second trailer for King Richard starring Will Smith

The biopic will tell the story of the tennis stars' father Richard Williams, who was instrumental in raising the gifted athletes.

Will Smith is set to star as the father of Venus and Serena Williams in King Richard.

The film, which is directed by Reinaldo Marcus Green, will see the actor portray the Williams patriarch, charting how he raised the young women to be gifted tennis stars and changed the face of the sport forever.

Now a second trailer has been shared for the film, which features Beyonce's song Be Alive.

Watch the latest trailer for King Richard above and find out when it's released in the UK, who's in the cast and what to expect here.

READ MORE: The Killers' Mr. Brightside mashed up with The Fresh Prince of Bel-Air theme tune is epic

When is King Richard released?

King Richard will be released nationwide on 19 November 2021.

Who joins Will Smith in the cast?

What will the film be about?

A press release reads: "Based on the true story that will inspire the world, Warner Bros. Pictures’ “King Richard follows the journey of Richard Williams, an undeterred father instrumental in raising two of the most extraordinarily gifted athletes of all time, who will end up changing the sport of tennis forever. Two-time Oscar nominee Will Smith (“Ali,” “The Pursuit of Happyness,” “Bad Boys for Life”) stars as Richard, under the direction of Reinaldo Marcus Green (“Monsters and Men”).

"Driven by a clear vision of their future and using unconventional methods, Richard has a plan that will take Venus and Serena Williams from the streets of Compton, California to the global stage as legendary icons. The profoundly moving film shows the power of family, perseverance and unwavering belief as a means to achieve the impossible and impact the world."

King Richard will be released nationwide on 19 November 2021 by Warner Bros. Pictures 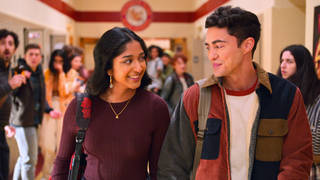