We tragically lost the Linkin Park frontman four years ago... here's what his bandmates had to say about him.

The nu-metal band's debut - which was released on 24 October 2000 - featured singles such as Papercut, One Step Closer, Crawling and In The End, which helped it become one of the stand-out albums of the era.

Sadly, the band's founding member and lead singer Chester Bennington wasn't able to mark the milestone with the band, having tragically taken his own life on 20 July 2017, aged just 41 years old.

Since Chester's death. the band have done their utmost to keep the memory of the their late frontman alive, reminiscing about his character and his immense talent.

What did Linkin Park think of Chester Bennington's voice?

As reported Louder Sound, the band's guitarist Brad Delson recalled first hearing Bennington's voice on the band's rare demo track back when they were were still called Xero.

"I think Pictureboard was the first thing I heard Chester’s voice on,” he recalled. “I remember getting that, and being like, ‘Hey, what do you think of this guy?

"He just sent us this recording…’ and being like, not crying with joy, but like, almost crying, just like, ‘Wow! I don’t even know what that is.’"

He continued: "He’s tiny and vulnerable on the verse and you could hear all these timbres and harmonics, like overtones, in his voice on the heavy part. It just blew my hat off my head, and we’re like, ‘We gotta meet this guy!"

Talking about the band's early rehearsals with the late singer, Mike Shinoda said: "When we were making demos together and doing stuff for the first time, he was still discovering who he wanted to be as a vocalist as well, and it was partially like, how he could express himself in a unique way, but then also what would fit this style of music, what would fit this band the best".

He added: "So it was doing both of those things at the same time, and I was like the first point of contact: it’d be me recording him, and he’d do a thing and I’d respond to that, and so it was like a slow progression into that identity.

"It wasn’t like there was one moment where he sang a thing and I went, ‘Wow! That’s it!’ It was like all these little steps. 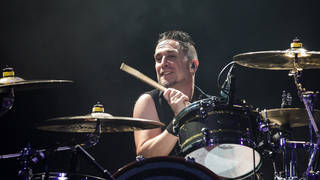 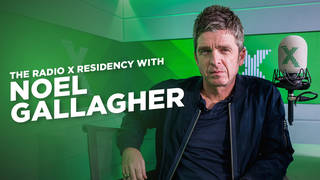