The indie rockers will bring their third album World I Understand to the masses in February and March next year.

The Sherlocks have announced their UK headline tour, taking place in February and March 2022.

The South Yorkshire band - who scored a Radio X Record Of The Week in July with Falling are set to return in November with their third album, World I Understand, which sees a new line-up for the indie rockers, with brothers Josh and Andy Davidson having left in early 2020.

"We can’t wait to get back out on tour with this new record”, says frontman Kiaran Crook. “It is without a doubt our strongest one yet, and one that’s readymade for the live performances. It’s gonna’ be an absolute monster of a tour.

🔥 HERE WE GO!!! We’re buzzing to announce our headline UK 2022 tour dates in celebration of our new album ‘World I Understand’

Pre-order a copy of the album including signed album bundles from https://t.co/8Mtg4VGpxU to qualify for an exclusive tour pre-sale. pic.twitter.com/0Czqp61CjO

Tickets for The Sherlocks' 2022 tour dates are on sale now via See Tickets.

The title track of World I Understand is available now. 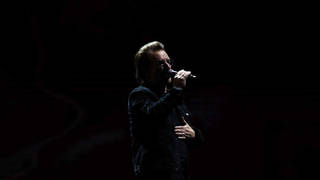