The historic venue, which has seen performances from the likes of The Clash and The Rolling Stones, was saved after catching fire last night.

Music lovers flocked to Twitter after the news that KOKO, the iconic London music venue, had caught on fire.

Flames were seen billowing out of the roof of the Camden venue on the evening of Monday (6 January), with firefighters attempting to control the blaze late into the night.

Luckily, much of the historic Grade II listed building - which was opened in 1900 and has hosted everyone from The Rolling Stones to Prince - was saved.

The venue was closed at the time, and has been officially shut for refurbishment since March 2019.

Watch a video of the blaze, which was taken shared by Twitter user lc_lbz:

Music lovers flocked to Twitter at the news, with some saying they were "heartbroken" and many taking to Twitter to share their memories of great nights out there.

See some of their responses below:

The news that #kokocamden is so sad. Another historical music venue lost.#kokoclub #london

Gutted to see #kokocamden @KOKOLondon burning 😢 Its such a beautiful venue . Last person I saw there was @TheHollyJohnson .

Grew Up watching bands at the Music Machine #kokocamden hope all are safe ,and it can be refurbeshed was great venue. pic.twitter.com/eV4uRTsudZ

Fond memories of Feet First, the indie-rock club at the Camden Palais on Tuesday nights circa 1996-97. Cheap entry with flyer, £1 drinks, some no-hoper band at midnight and stumbling onto the N5 bus afterwards #kokocamden

Gosh I remember a lot of mad nights @KOKOLondon ....when it was known as #CamdenPalace, quite a few Moondance nights (@MoondanceRavers ) were held there. I hope they save it!! #kokocamden

KOKO has a rich history charting back over a century. The venue, who was first opened on Boxing Day 1900, played host to The Rolling Stones in 1964, hosted Madonna's first full UK gig in 1983 and saw everyone from The Clash to The Prodigy come through its doors.

Mayor of London Sadiq Khan released a statement about the news this morning, writing on Twitter: "London's firefighters have been working tirelessly overnight to tackle a fire at #Koko in #Camden. Their quick response to get the fire under control meant the fire was contained to the roof of the building.

"To all firefighters and @LondonFire staff involved: thank you."

London's firefighters have been working tirelessly overnight to tackle a fire at #Koko in #Camden.

Their quick response to get the fire under control meant the fire was contained to the roof of the building.

To all firefighters and @LondonFire staff involved: thank you. https://t.co/pFl4Em20Xb

KOKO shut it doors in March 2019, but its temporary closure the year before came as somewhat of a shock, with The Coral and Peter Hook and The Light forced to reschedule their planned performances.

A statement on the official KOKO website in September 2018 read: "We have recently been made aware of a structural issue due to ongoing construction works at KOKO, as a result we have had to temporarily close the venue until mid-October.

"Due to this closure the below shows have regrettably been cancelled – as and when these shows get moved to a new venue/date we will announce the information on our social channels and the website.

"All original tickets will be valid at the new venue or for a refund please go back to your point of purchase."

*IMPORTANT INFO* Due to a structural issue with ongoing construction works, KOKO has to temporarily close until mid-Oct. For a list of affected shows & more info pls go here: https://t.co/RQyQWkdgpU
Original tickets will be valid or pls see your ticket provider for a full refund. pic.twitter.com/Xv5JWJU03M

RADIO X: Gigs Forced To Reschedule Due To Closure Of KOKO London 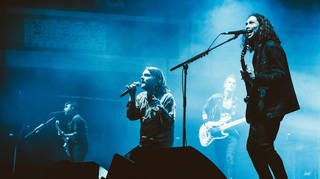 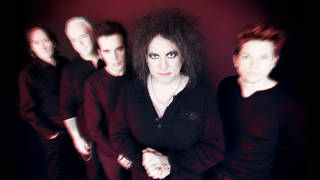