Ed Sheeran's 10th anniversary + show: How to get tickets

The singer-songwriter has announced an intimate show at London's O2 Shepherds Bush Empire to mark 10 years of his debut album. Find out how you can be there.

Ed Sheeran has announced a special intimate show to celebrate 10 years of his + album.

The singer-songwriter's show will not just mark a decade since the release of his debut, which catapulted him into the mainstream, but will also mark his first headline show since his 2019 Divide Tour.

Find out more about the special date and how to get tickets.

Where and when is Ed Sheeran's 10th anniversary + show?

Ed Sheeran has announced an intimate show at The O2 Shepherd's Bush Empire on 2 September 2021 to celebrate 10 years since the release of +.

“While I’ve been lucky enough to continue playing shows across the world, Shepherd’s Bush Empire is still really special to me,” said Sheeran.

“When I first set out in music, one of my main goals was to one day headline SBE and my first gig there is still one of my favourite shows that I’ve played. I can’t wait to get back and celebrate 10 years of ‘+’ with you.”

On September 2nd, Ed is performing an intimate show at @o2sbe to celebrate the 10 year anniversary of his debut album '+'. Find out how to apply for tickets here: https://t.co/TjLLB9ksWO 🧡 pic.twitter.com/AmGKVIg2jW

How can I buy tickets to Ed Sheeran's + show?

Fans can enter a special ballot at edsheeran.com/10yearsofplus in the hopes of registering for the chance to buy tickets.

The ballot closes on Sunday 15 August at 23:59, tickets will cost £40 plus fees and will go on sale on Wednesday 18 August from 10am for those fans who are successful.

What can we expect from Ed Sheeran's + show?

Ed Sheeran is set to play his + album in full, no doubt with a few other hits added on.

When was Ed Sheeran's + album released?

What was on the tracklist? 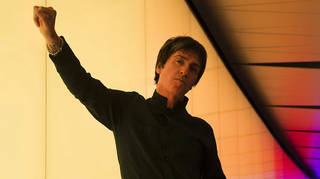