The disco legend shares the backstory to one of his most iconic tracks, which involves Studio 54, Grace Jones, and being told to f*** off.

Nile Rodgers, disco legend and mastermind behind Chic has revealed to Radio X the inspiration behind one of his most iconic tracks, Le Freak.

Despite taking disco to the mainstream during the 1970s, it wasn't always plain sailing as he details in a backstory that involves legendary New York club Studio 54, Grace Jones, and being told to f*** off.

Le Freak was the Chic Organization's single and became the first to top the Billboard charts in the autumn of 1978. It put Nile and his songwriting partner Bernard Edwards on the map.

But the success of the track came in stark contrast to the tale of humiliation that inspired it - in fact, the dancefloor favourite was written as revenge on the very club that made Chic international superstars.

Talking about where the idea for the chorus "Aaaahhhhh, freak out!" came from, Nile explains that downing several bottles of Dom Perignon (or "rock 'n' roll mouthwash" as he calls it) provided the initial inspiration to write the song.

READ MORE: Nile Rodgers: Johnny Marr is family to me

In 1977, Edwards and Rodgers had released their debut single under the Chic banner: Dance Dance Dance (Yowsah Yowsah Yowsah), which was followed up by the huge hit Everybody Dance.

Now considered record company darlings, the duo were invited bu supermodel Grace Jones to super club Studio 54, which was considered the home of disco scene in the hedonistic late 1970s. A big night was expected by all, but Nile and Bernard hadn't banked on the club's notoriously tough door policy.

Nile takes up the story: "Somehow, we couldn't give the right password to get in. They slammed the door in our faces and said 'F off!'."

"They did that twice. I happened to live around the corner from the back door of Studio 54 and when we went home, we got two bottles of Dom Pérignon Champagne, which we used to call rock 'n' roll mouthwash.

We downed those really quickly and got buzzed. We remembered this guy slamming the door going 'Ahhhhh f*** off!' Which turned into 'F*** Studio 54!'

"That turned into 'Ahhhhh freak out!'. It became the biggest song in the history of Atlantic Records to this very day.

It turned out for the best Nile, clearly!

You can watch Nile Rodgers talk Radio X through his best known tracks - from his hits with Chic and Daft Punk to his productions for Madonna and David Bowie on our Song CV feature above. 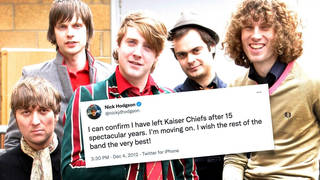 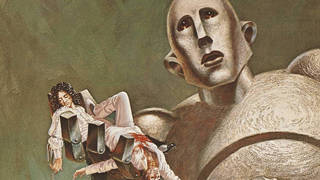 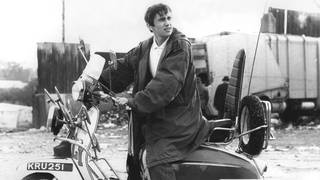 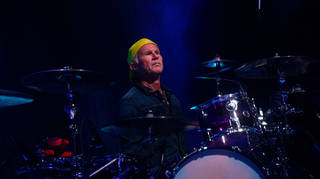