Murph and co have announced a new album, Fix Yourself, Not The World, and a UK tour next year. Find out their dates and how to buy tickets.

The Wombats have announced a new string of live dates for next year.

The Liverpool-formed rockers have shared that their upcoming album, Fix Yourself, Not The World, will be released on January 7 2022 and added they'll also be taking their All The Hits tour back on the road.

Their dates will include a homecoming gig at Liverpool's Mountford Hall on Friday 22 April 2022.

Also, we’re taking this show back on the road! Gain access to pre-sale for our UK tour by pre-ordering your copy of the album on the official store now! [2/3] pic.twitter.com/H3regNgISz

What are The Wombats 2022 UK tour dates?

How can I buy tickets to The Wombats 2022 UK dates?

What are The Wombats 2022 Australian dates?

How can I get tickets to The Wombats' 2022 Australian dates?

Tickets for The Wombats' dates down under are on sale on 23 August 2021. 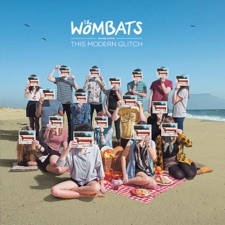 The Wombats announce All The Hits show at The O2, London