Eddie Vedder & Kaiser Chiefs to support The Who at Wembley Stadium

The My Generation legends have announced a gig on 6 July 2019 with the Pearl Jam frontman and the Ruby indie rockers as special guests.

The Who have announced a huge outdoor gig at Wembley Stadium this year.

The Baba O'Riley rockers will play the iconic venue on 6 July 2019, with grunge royalty and Pearl Jam frontman Eddie Vedder as their special guests.

More acts are set to be announced and fans have until Tuesday 29 January at 4pm to get first access to tickets.

We’re playing Wembley Stadium on July 6th, 2019 and want to see you there!
You've got until 4pm Tuesday January 29th to get first access to tickets. Find out how by visiting the store now: https://t.co/hezE57j4xt pic.twitter.com/3uiXXFqs31

The epic gig will mark The Who's first London shows since they played The Royal Albert all in 2017. 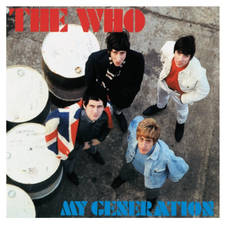