Pete Townshend and Roger Daltrey will be playing one of their smallest shows for 40 years in Greater London next February.

The Who have announced that they will play one of their smallest live shows in over 40 years.

Roger Daltrey and Pete Townshend will be playing what's being called "a never to be repeated intimate acoustic show" at the tiny club Pryzm, in Kingston-upon-Thames, Surrey on 14 February 2020.

The show will take place 50 years to the day since The Who performed their legendary Live At Leeds gig.

Album and e-ticket bundles are set to go on sale at 11am on Wednesday 11 December from Banquet Records here.

The news comes after the release of The Who's first album in 13 years, WHO, which looks set to hit Number 1 in the album charts this weekend. The album is available in triple red, white and blue vinyl from the band's official store.

After their return to Wembley Stadium this summer, The Who will be embarking on a UK tour featuring a full orchestra in Spring 2020. 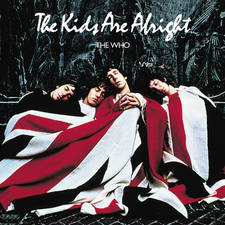