The Who guitarist has dispelled the myth about one of his most famous songs.

Pete Townshend has debunked a common myth surrounding his 1965 My Generation single.

The Who guitarist took part in Radio X's According To Google series, where he answered some of the most asked questions about himself and the band.

One query is what really inspired The Who's iconic hit My Generation? The single was released on 29 October 1965 and made Number 2 in the UK charts.

The legendary guitarist said: "Well there is a story that it's inspired by the Queen Mother having my Packard Hearse towed away from outside my house, but that's not really what happened."

"Those people had sacrificed so much for us, but they weren't able to give us anything. No guidance, no inspiration. Nothing really." 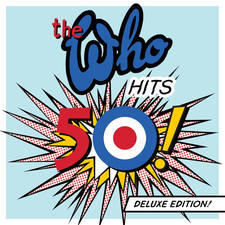