The Hypersonic Missiles singer told Radio X's Gordon Smart how his friend and engineer broke his leg in several places at a trampoline park.

Sam Fender has recalled a gruesome incident which left his friend and engineer badly injured.

Speaking to Radio X's Gordon Smart the Hypersonic Missiles rocker revealed how a trip to a trampoline park ended up seeing his mate Dean shatter his leg on a trampoline.

Watch our video above to get the full story.

After explaining how his band headed down to the bouncy venue to blow off some steam after a Sheffield gig, the North Shields singer-songwriter told Gordon Smart: "We're all jumping on these trampolines and Dean is like a whippet out of a trap. He's running through all these obstacle course going mental and literally after three minutes he dropped into this trench, which had a trampoline at the bottom of it..."

He added: "I ran over, jumped over the top. And his leg I swear... It was like the opening scene of Saving Private Ryan. His leg was literally hanging off. Like, the bone was out of the meat of his leg. He was spewing blood everywhere and there was bone on the trampoline".

Despite his bandmates being too squeamish to get near the gnarly injury, Sam stayed with his mate throughout and went on to describe the gruesome scenes and his engineer's hilarious reaction.

Sam Fender has also described the meaning of his Hypersonic Missies single, revealing the lyric came straight from the media.

"I read the paper that day and that was the headline: 'hypersonic missiles'".

The titular weapons can apparently travel at Mach 5 (that’s five times the speed of sound) and are designed to launch a surprise nuclear attack. It’s though that the main super-powers - America, China and Russia - all have them.

Fender went on: “Just the fact that it was a bit of jargon in the world that I lived in was kind of terrifying and really exciting.“It ended up centred around this character that’s a complete and utter tinfoil-hatter who’s loosely based on myself.”For the young singer-songwriter from North Shields, the song “sets the tone for the album”. He also admitted that he finds it easier to write the lyrics before setting them to a melody.”.

“A lot of the time, my lyrics come first,” Fender explained, “I write reams of poetry and then I’ll write a melody around that. I always feel like if I write the melody first, the lyrics will suffer because I’ll shoehorn lyrics into a certain melody.”

Watch him talk about his debut in a special track-by-track with John Kennedy: 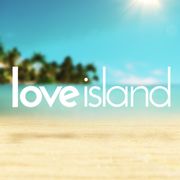