The Hampshire window surveyor has spent around 12,000 on Oasis memorabilia, owns life-size cutouts of the Gallagher brothers and has named his company Wall Of Glass.

An Oasis mega-fan is so obsessed with the band that his partner thinks he should be buried with a lifesize cutout of Liam Gallagher.

As reported by The Mirror, John Smallbones has been following the Manchester band since 1992 and began collecting memorabilia in 2009.

The 45 year old was so devastated by the news of the band's split that he channelled all of his energy into amassing merchandise celebrating all things Oasis.

His collection - which he estimates he has spent around £12,000 on so far - includes artwork, merchandise from concerts, CDs and vinyl, furniture and accessories, a hoard of clothing from Liam's Pretty Green label and life-size cutouts of both Liam and Noel.

Apparently, his collection is so large that his partner Elaine, 46, has banned it from their bedroom and jokes she'll probably chuck the life-size cutout of Liam in with John in his grave when he's buried.

Liam, there’s this bloke who spent £12,000 on Oasis memorabilia, and wants to be buried with a Life size cut out of you. Is this going a little too far and and a bit too obsessive, or do you not object to that level of Oasis and LG hysteria?https://t.co/sOktv5Y3ME

John, of Andover, Hampshire, who also boasts a huge Liam Gallagher back tattoo, said of his hobby: "I’ve got canvases all over the house, cabinets full of stuff from concerts, a bathroom full of memorabilia and it’s all over the walls too.

"My family think I’m mad, actually, to be honest.

"She has said that when I die, she’s going to chuck that cardboard cutout of Liam in there with me.”

He added: "Over the past four months, I've spent about £400 on Pretty Green shoes."I don't tell my other half when I've got new pairs - if she points out she hasn't seen a pair before and I just say yeah you have, I've just not worn them."

If that wasn't enough to prove his obsession with Liam Gallagher, John has also named his window surveying firm Wall Of Glass after the lead single on his hero's 2017 As You Were album.

Even his work van is emblazoned with Oasis and Liam Gallagher stickers.

However, his other half isn't nearly half as bothered about the band.

"I'm not fussed if I listen to them or not," she revealed.

"I enjoy some of their songs but that’s it. I was not a fan of the life-size cutouts to start with and neither were the kids as they frightened the life out of us every time we walked into the room.

"I only have one rule - no Oasis stuff in the bedroom.” 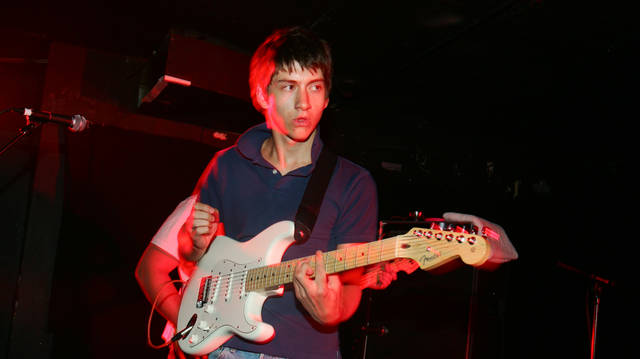