The former Oasis frontman was asked if his brother Noel was better, and his answer was quite surprising.

But this week the Manchester rocker showed his softer side when a fan asked him if Noel was better than him on Twitter.

Liam, who usually has no qualms calling his brother a "potato" said: "There is no such thing as ‘better’. We are brothers. When we’re together no fucker, and I mean no fucker, comes close. OASIS FOR LIFE."

His comment not only had his Twitter followers feeling nostalgic over the Manchester band, but had them considering the prospect of a reunion.

If you guys ever got back together,even for a handful of gigs,it would be ridiculous. You’d have to play on the moon to fit us all in

This latest tweet comes not long after the Wall Of Glass singer said Oasis was "over" and that Noel wouldn't even be let in the band nowadays because he's changed.

Speaking to the Daily Star, the rocker said: “I think Oasis is over, it’s sad but that’s the way it is.

"Watch Liam talk about that Pretty Green spat with Noel:

The Wall Of Glass singer added: “We were a naughty band that liked having a laugh, he seems to be hanging about with, like, the Queen these days. I actually don’t think Oasis would have him, let alone him have Oasis.

“He’d only want to get some girl in playing scissors at the back or someone f***ing eating candy floss.”

Watch him perform D'Yer Wanna Be A Spaceman for the first time since 1996 in London: 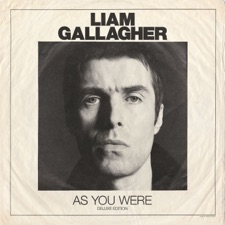