Kele Okereke and co have confirmed their new Alpha Games album and tour dates which will take them across the UK and Europe. Find out how to buy tickets.

Bloc Party have announced the details of their forthcoming sixth studio album, Alpha Games and their plan to support it with new tour dates.

The band - made up of Kele Okereke, Russell Lissack, Justin Harris and Louise Bartle - will take their new album across the UK and Europe in Spring and Summer 2022.

Their UK dates, which will take place between May and June this year will see the Banquet rockers visit the likes of Birmingham, Manchester, Bristol, Glasgow, Newcastle and Leeds, with the band playing a homecoming date at London's Alexandra Palace on 28 May.

Tickets are on sale now from Ticketmaster.

QUIZ: Do you know the lyrics to Bloc Party's Helicopter?

Meanwhile, the band's sixth studio album Alpha Games will be released on 29 April 2022.

Taking to Instagram to share a teaser, they wrote: "We're so excited to share our new album Alpha Games with you all in April 2022! The first single TRAPS is out now. Thank you for waiting patiently, we've missed you and we can't wait to share everything we've been working on."

The album is available to pre-order and pre-save here.

From it comes the lead single, Traps, which you can listen to in full below.

Speaking of the new single, frontman Kele said: "From the moment we wrote Traps, we knew it had to be the first thing people heard from this album; playing it in soundchecks on our last tour before it was finished and hearing how it sounded in those big rooms and outdoors."

The record is the band's first album since 2016's Hymns, which included the singles The Love Within and The Good News. 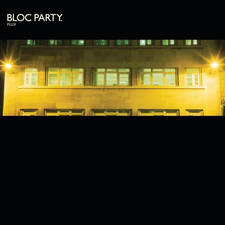 10 amazing singles that didn’t appear on an album