One of the best-loved Alex Turner songs - and a tune that never gets old.

"Was it a Mecca Dauber or a betting pencil?"

Coming off their second album, Favourite Worst Nightmare in 2007, Fluorescent Adolescent proved that Alex Turner’s ability to combine observational wit with the perfect melody was not a fluke.

It was, however, the first track where Turner relinquished the position of sole lyricist, creating the song alongside his then-girlfriend Johanna Bennett, The pair were playing a word game on holiday.

"We had cut ourselves off from everything," Bennett told The Observer in July 2007, shortly after the song was released as a single. "We were in a really quiet hotel and didn't watch TV or listen to that much music. So as not to drive each other mad we started messing around with these words like a game, singing them to each other.

"It'll always be a good memory for Alex and I. He doesn't usually write lyrics with other people, though I think he enjoyed it."

It proved to be a good memory for a lot of people - the song made Number 5 in the UK singles charts, ably assisted by a video featuring actor Stephen Graham dressed as a mad clown.

Here's a tremendous version recorded live WRXP in New York, back in December 2009. 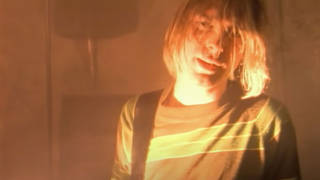 This fact about Nirvana's Smells Like Teen Spirit video may change how you feel about it...