The Verve legend will return with his fifth solo album and intimate UK shows this winter.

Richard Ashcroft has today announced the release of a new album.

The former Verve frontman will return with his fifth solo LP, Natural Rebel, which is set for release on 19 October 2018.

Speaking of the new release, Ashcroft said: "With experience comes knowledge and for me this is my strongest set of songs to date. All my favourite sounds distilled into something that will hopefully give my fans lasting pleasure. It is for them. Music is power."

The album will be released on his own RPA label and will be his first released via BMG.

To support the record, Ashcroft will play some intimate shows this winter in venues across the UK including Glasgow, Middlesbrough, Nottingham, Manchester & London.

In addition, Ashcroft will play as special guest to Liam Gallagher at Lancashire County Cricket Club this Saturday (18 August).

Find out everything about the gig here, including support acts, stage times and more... 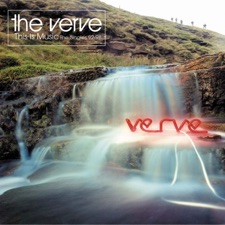