We celebrate one of The Verve's most-loved tracks from their second studio album, A Northern Soul.

This week marks 25 years since The Verve's History was released.

The song - which came out on 18 September 1995 - was the third and final single released on the Wigan band's second studio album, A Northern Soul, which also included singles This Is Music and On Your Own.

History is undoubtedly one of the album's most-loved tracks, often praised for its evocative lyrics and rousing violin-led instrumentation, but did you know it was inspired by English poet William Blake?

Find out just what inspired The Verve's 1995 single and more.

What inspired The Verve's History single?

It's well known that the first few verses of History are based on the William Blake poem London.

Blake's poem - which was published in his 1794 Songs of Experience collection - begins: "I wander thro’ each charter’d street/Near where the charter’d Thames does flow/And mark in every face I meet/Marks of weakness, marks of woe".

Meanwhile, Richard Ashcroft's lyrics begin: "I wander lonely streets/Behind where the old Thames does flow/And in every face I meet/Oh reminds me of what I have run from".

That's not where the similarities end either.

Blake's second stanza reads "In every cry of every Man/In every Infants cry of fear/In every voice: in every ban/The mind-forg'd manacles I hear".

This goes on to reflect the next line of The Verve's song, with the words: "In every man, in every hand/In every kiss, you understand," and help forms much of its melody.

READ MORE: Why Richard Ashcroft owes Song For The Lovers to Joy Division

However, Blake isn't necessarily the only artist that may have had an impact on History.

While Ashcroft drew upon the English bard's famous words for his opening lyrics, they may have also drew upon the a famous songwriter in The Beatles legend John Lennon.

The strings on the opening of History - which were arranged by Wil Malone - marked the band's first use of a string section in their music. Malone would go on to work with the band on their seminal Urban Hymns album as well as Ashcroft's solo debut, Alone With Everybody.

The intro on History, however, bears a resemblance to John Lennon's 1973 single Mind Games, which comes from his album of the same name.

With such huge figures influencing the song's sound and style, you may not be surprised to hear another icon is connected to the track.

It's believed that none other than Oasis legend Liam Gallagher provides handclaps on the recording.

It's not the last time Liam features on a Verve song, either. It's reported he made a secret cameo on The Verve's Come on track, which ends their Urban Hymns album.

When it comes to the subject of the song, however, that still remains somewhat of a mystery.

History deals with themes of love and loss and it has been claimed the song was written about Ashcroft's split with his girlfriend at the time, who ran off with his childhood friend.

Looking at these lyrics, it's not difficult to see why fans may have come to that conclusions.

"And one and one is two/But three is company"

However, for the most part, Ashcroft is tight-lipped about the subject.

If any split remains synonymous with the song, it's that of the band itself.

The Verve were on very rocky road during the release of A Northern Soul, with the band parting ways in 1995 in what was to be the first of three splits.

It's probable for this reason that there's no original video for History, with the visuals we know today still comprising of clips from the band's previous releases.

However, perhaps it was always meant to be this way. Fittingly enough, the main CD artwork of the single sees the band stand under a cinema sign in Times Square, which reads: "All farewells should be sudden". 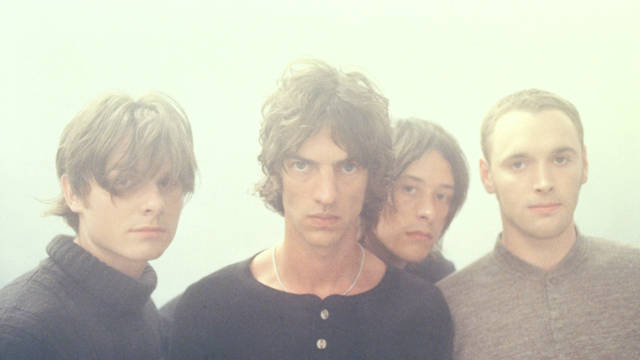