Foo Fighters - they're legends. And they're back with a new album, fresh off the back of their incredible Glastonbury headline slot this summer.

To celebrate the release of the new Foo Fighters album Concrete and Gold and a triumphant show at London’s O2 last week, Dave Grohl and Taylor Hawkins gave an intimate and in-depth interview to Radio X’s Chris Moyles.

They covered everything from the inside story of the Foo Fighters pub, which embarrassing movie Taylor was watching when he got the call to become the band’s drummer and exactly how Justin Timberlake ended up on the new album.

Plus, you can find out why Chris Moyles was responsible for the Foos frontman almost getting beaten up! It’s unmissable. 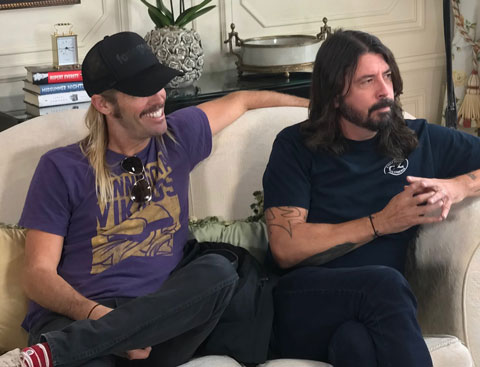 It's been an incredible year for the band so far -watch Foo Fighters play Everlong at Glastonbury 2017: