The former guitarist of the Llandudno rockers has spoken out about his departure in March last year, citing what he calls "the breakdown of the band".

Bondy from Catfish And The Bottlemen has released a statement about his status in the band.

The guitarist - whose real name is Johnny Bond - took to social media on Sunday (5th June), to reveal he left Van McCann-fronted outfit back in March 2021 after their relationships became "dysfunctional".

"Understandably a lot of you are upset/angry and wondering what is happening with Catfish, especially given the recent news of the cancelled shows in Wales of which was also news to me."

He continued: "I'd like to take this opportunity to clarify my own situation amidst all of this:

"After much deliberation, I originally parted ways with the remaining band in March 2021. This was not a decision that was made lightly. Basically, I felt that I had no choice but to walk away because of circumstances that were beyond my control. It's a great shame to leave something I've treasured and that we have all put an enormous amount of love and sacrifice into."

Going on to explain why he left the Cocoon outfit, he revealed: "To put it simply, I feel that both the professional and personal relationships had become entirely dysfunctional, and as well as behaviour constantly re-occurring that I found to be intolerable, as a band, we were not working in ways to which I agreed."

Bondy went on to explain why he was present at the band's summer shows in 2021, but revealed he hand't been in contact with or has had any "affiliation of any sort" with the remaining members, while hinting another key member had also left the band.

"In regards to the 4 summer shows last year, I stepped in at the last minute as a session musician as there was nobody else ready to do so," he revealed. "I have had no contact or affiliation of any sort with the remaining band members since then (Neighbourhood Festival '21). I assumed that the band would address the fans from an official and broader point of view about the departure of two long-term band members, rather than I as an individual, although as far as I'm aware this has not happened as of yet."

After explaining why he felt the need to share his story, after receiving constant direct messages and enquiries from fans, Bondy turned to a more positive note and shared a "deep and heartfelt thank you" to all those who have supported the them throughout the years.

"You have given me some incredible experiences that will stick with me forever and I have enormous love and respect for you all," he added, while sharing how he's been making new music of his own.

The guitarist concluded: "I found the breakdown of the band was unpleasant to say the least but now I am raring to move on to something new and positive. Obviously some time has passed since my departure in March last year and in that time, I've once been working on some new music. I will be announcing details in the near future and I would love for you to hear it."

READ MORE: How did Catfish And The Bottlemen get their name?

Catfish And The Bottlemen formed in 2007 in n Llandudno, Wales. They released three studio albums The Balcony (2014), The Ride (2016) and The Balance (2019), with their debut scoring a Top 10 on the UK album chart and the next two scoring a number one and number two respectively.

Van McCann and co's success saw them tour all over the world, playing headline shows and festivals across Europe and the United States as well as South America and Japan.

In the UK alone, the band have played the likes of Glastonbury Festival, Reading & Leeds, Latitude, All Points East, TRNSMT Festival and more.

Their last listed performance was at Warrington festival, Neighbourhood Weekender, in September 2021. 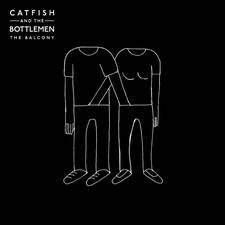