The 2006 single has been named number one in our most-played songs of the decade.

Snow Patrol's Chasing Cars has been crowned number one in Radio X's Top 100 of the 00s.

The single - which was released on 6 June 2006, and featured on their fourth studio album Eyes Open - beat out stiff competition from the likes of Kings of Leon and The Killers to top the list, which was determined by the most-played songs of the decade with stats provided by PPL.

Talking to Radio X's Dan Gasser, frontman Gary Lightbody said: "It's bonkers that it's No 1, but I'm delighted.

"Chasing Cars is always one of those special moments in the set, we're lucky to have a few of those songs the people can sing along to."

Gary admitted that the success of the song took him and the band by surprise. "We'd been playing for ten years to about 20 or 40 people every night, so we never took anything for granted. We didn't think anything was locked in, so we were a bit bamboozled by the whole thing.

"I'm still bamboozled by it, to be honest."

Despite only peaking at number six in the UK, the single stayed in the charts for three years and has been a part of popular culture ever since, thanks to its appearance on popular US series Grey's Anatomy.

Talking about why Chasing Cars appeals to audiences so much, he said: "It's an emotionally open song and it's a simple song, but it's also unabashedly a love song, and we don't really have any others.

"The way it unifies an audience is the thing I most cherish about it. It's a beautiful moment every time you play it."

Elsewhere on the list were Kings Of Leon with their Sex On Fire and Use Somebody hits coming in second and third place respectively. Next up, The Killers' Human took the fourth spot, while Coldplay's Viva La Vida made it in at fifth place.

PPL is the UK’s music licensing company for performers and record labels, ensuring those who invest their time, talent and money in recorded music are paid when it is played on the radio, TV and in public places. It represents over 120,000 members – from established session musicians and globally renowned artists to independent labels and major record companies. In 2020 it collected £225.7 million.

Radio X is available on 104.9 FM in London, 97.7 FM in Manchester, across the UK on DAB digital radio and on Global Player on your smart speaker (“play Radio X”), iOS or Android device and at radiox.co.uk 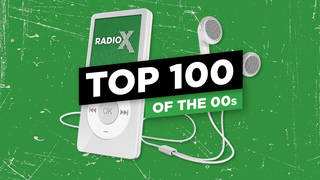 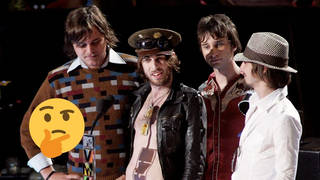 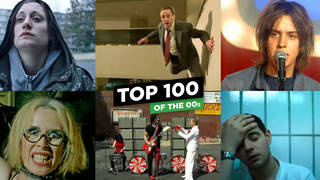