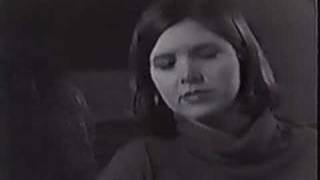 See the late actress going through her lines with her soon-to-be co-star one year on from her sad passing.

Today marks a year since Carrie Fisher tragically passed away on 27 December 2016.

The actress was best known for her iconic portrayal of Princess Leia, and when you watch her audition for 1977’s Star Wars: Episode IV – A New Hope, it's easy to see why she got the part.

Just in case you can't recognise the voice behind the camera, it's Harrison Ford who's reading through the script with her- proving the pair had a chemistry from the very beginning.

Watch the actress in action above.

Carrie Fisher died, aged 60, four days after suffering a cardiac arrest on a flight from London to LA.

Following the sad news of her passing, Harrison Ford released a statement, which read: “Carrie was one-of-a-kind… brilliant, original. Funny and emotionally fearless. She lived her life, bravely".

He added: “My thoughts are with her daughter Billie, her mother Debbie, her brother Todd, and her many friends. We will all miss her.”

According to her son Todd Reynolds, the Singing In The Rain star said she wanted to be with Carrie just 15 minutes before suffering a severe stroke.