The former Verve frontman has announced that he will be releasing new music on Friday 19 February 2021.

Richard Ashcroft is set to release new music this week.

The Verve legend has been busy in the studio during the pandemic and now he's confirmed his comeback single is set to drop this Friday 19 February.

QUIZ: Do you know the lyrics to The Verve's Bitter Sweet Symphony?

The northern soul previously told Radio X he was working on a stripped-back album of his greatest tracks.

Asked by George Godfrey if he had any plans in the works, he replied: "Yeah, at the moment I'm set to start on an acoustic set of some of the best tunes [...] and stripping them back and laying them bare basically, so that will be my next thing. I'm excited about that."

The Drugs Don't Work singer added: "I'll be recording, I'm carrying on, moving on. So that will be my next record and from there when that comes out, that mythical night in my mind will take place."

"I wanted to make it totally universal," he said of the song. "That's the thing about it. You don't write imagining a crowd at a stadium. This was written before any of that. The culture wasn't the same.

"I honestly believed it was done in a different mindset. The people make it an anthem, because they're the ones that sing along to the words."

"It's a very fresh piece of music," he mused, when talking about the track's longevity. "It could easily be a soundtrack to what the world's going through right now. It chimes now just as it did back then."

Listen back to the Radio X Top 100 Of The 90s on Global Player, the official Radio X app 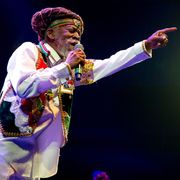