Kings of Leon's UK summer 2020 shows: how to get tickets

The rockers will play a headline show in Finsbury Park, plus dates in Leeds and Newcastle.

The Nashville band will return to London for the first time in three years for a performance in the north London location on 28 June 2020.

Caleb Followill and co will be joined by Courteeners, Cage The Elephant, Inhaler, Soccer Mommy and The Big Moon - with more special guests to be announced across two stages.

READ MORE: Where did Kings of Leon's band name come from?

The Followills have also announced two UK dates, which will take place at the Newcastle Utilita Arena on 7 July and the Leeds First Direct Arena on 8 July.

Tickets go on sale from ticketmaster.co.uk on Friday 7 February from 9am.

2016 saw Kings Of Leon release their WALLS album, which was their first to simultaneously hit No.1 in the US and the UK, and their fifth consecutive album to debut at the top spot in the UK.

READ MORE - Bands with siblings: brothers and sisters in groups 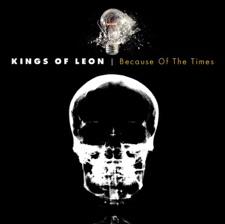 QUIZ: Kings Of Leon or Kings Of England?

Kings of Leon's 2020 Finsbury Park gig has been postponed