The Wimbledon boy has confirmed the release date of his The Theory of Whatever album and announced his first show in five years.

The Wimbledon star has shared the triumphant track The Old Style Raiders, taken from his forthcoming album The Theory of Whatever which is set for release on 29th July.

Watch the official video for The Old Style Raiders here:

The show, which takes play on 11th May, will mark the first time he's performed in five years.

Fans have till 5pm on Thursday 5th May to pre-order any copy of the album to get access to tickets.

Find out more information about the gig and pre-order The Theory of Whatever here.

Jamie T - whose real name is Jamie Treays - previously gave fans a taste of what to expect from the new record by releasing a tongue-in-cheek album trailer. 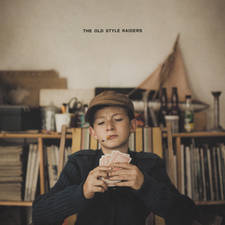