In 1989, the British electronica band released one of their best singles. But what inspired the song?

In the mid-1980s, Depeche Mode blossomed from a cheerful synth pop band into one of the biggest alternative acts in the world.

By the end of the decade, they were a stadium group in the United States, while chief songwriter Martin Gore still managed to get some of the most introspective and troubling lyrics onto America’s airwaves and in front of the kids.

This was never more obvious than on the single Personal Jesus, which was released on 29 August 1989 and later appeared on the album Violator on 19 March 1990. With a stomping drumbeat and the unusual - for Depeche Mode - sound of a twanging guitar, the song extolled the virtues of “Your own personal Jesus - someone to hear your prayers, someone who cares.”

To plug the single, Depeche Mode’s label Mute placed personal ads in some local newspapers with the words “YOUR OWN PERSONAL JESUS” in white text on a black square… and a London phone number. When the intrepid called the number, they could hear the new track.

This led to many people suspecting the song was about the commercialisation of religion - especially in the US, where evangelists would solicit for monetary donations constantly on TV.

However, Martin Gore explained to Spin magazine in July 1990 that the lyrics were actually based on the autobiography Elvis And Me by Priscilla Presley.

He explained: “It's a song about being a Jesus for somebody else, someone to give you hope and care. It's about how Elvis Presley was her man and her mentor and how often that happens in love relationships; how everybody's heart is like a god in some way, and that's not a very balanced view of someone, is it?”

The single was issued way, way in advance of its album Violator, which didn’t arrive until March the following year. Personal Jesus made Number 13 in the UK charts in the summer of 1989 and one special edition even included this rather appealing acoustic version.

The deeply religious country legend Johnny Cash famously covered the song in 2002 on his album American IV: The Man Comes Around. “I heard that as a gospel song,” he later stated. “I don’t know that the writer ever meant it to be that, but that’s what it is.” 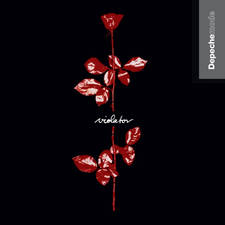